Proximity lock unlock is a feature in which the car locks & unlocks depending upon the distance between the car and phone. One of the best features using MoboKey in the car is proximity lock and unlock. Using this feature, our users do not need to tap on any button on the phone to lock/unlock the car! This feature gives the users an easy way to access the car. We are making sure that the user does not have to press any keys at all.

How to configure Proximity Lock/Unlock 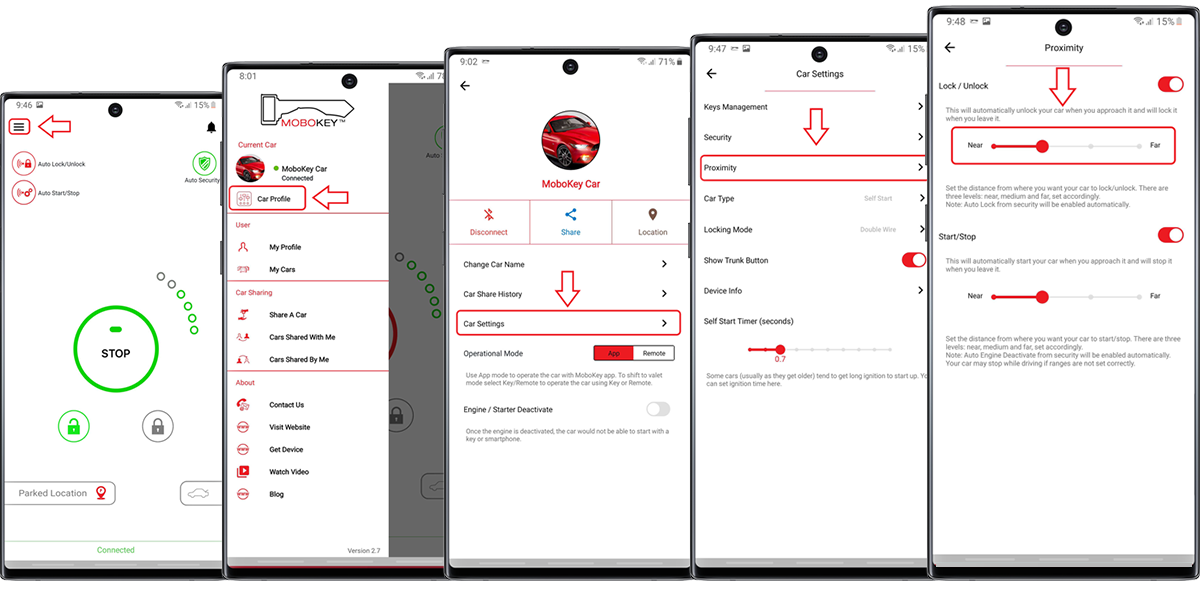 After setting up your account on App and connecting the car, click on the hamburger button on the top left of the screen.

On the side, the menu selects Car Profile.

The bar shows the distance of the phone to the car at which the car would lock & unlock.

Set the bar at a position at which you want the car to unlocks when you approach the driver’s side of the car and locks when you move away from the car having a smartphone in your pocket/purse.

Please make sure that the device is installed correctly & the antenna is in the right position. 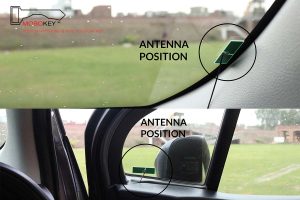 Place the antenna at a place where you get full signal strength while sitting in the driver’s seat.

Do read -> MoboKey: An App which is your Smartphone Car Key